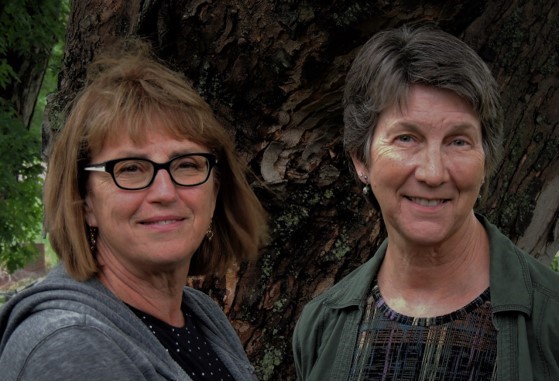 An exhibit by local artists Barb Thomas and Joann Dandurand can be viewed at the Library July through the end of August.

Barb has enjoyed painting with oils for many years and has recently tried to expand her media and material choices.  Watercolor and acrylics are new avenues for her this year. She is hoping to continue using different textures and colors in her works.  This is the first showing of her paintings.

Joann’s second career started when she began sculpting seven years ago.  She became interested in clay and studied with Marc Lancet at Solano Community College in California.  She also developed an interest in working with stone and is self-taught using this material.

She describes her creative process as an ongoing conversation with whatever piece she is working with, forming the clay or carving the stone in intuitive steps until the form feels completed.  She moved to the Sioux City area in 2017, and continues her explorations in clay, soapstone, and alabaster.