Author to Present at NSCC Library 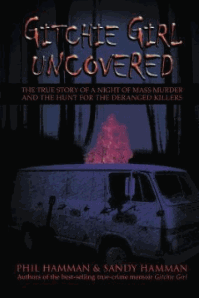 Tuesday, March 10, 6:00-7:00 PM.  Phil and Sandy Hamman are the authors of the bestselling true crime memoir Gitchie Girl The survivor’s Inside Story and the companion book Gitchie Girl Uncovered.  The Hammans are giving a Power Point presentation about the books which tell the story of the 1973 murders of four Sioux Falls teenagers in Gitchie Manitou State Park through the eyes of the lone survivor, then-13-year-old Sandra Cheskey.  The Hammans were born and raised in Sioux Falls, South Dakota, the hub of the Gitchie Manitou mass murders.  Currently they reside in Sioux City Iowa.